The iPhone X is a game-changing smartphone, but even great devices have problems. The most frequent iPhone X issues are simple to identify and resolve. In this guide, we look at various common iPhone X issues and provide extensive troubleshooting suggestions for resolving them.

The iPhone X’s edge-to-edge OLED screen is one of its most notable new features. Unfortunately, however, the touchscreen occasionally fails to function correctly. A non-responsive screen and a screen that freeze in cold temperatures are the two most common problems.

Some consumers have reported that the screen on their iPhone X occasionally stops operating. The screen does not respond to touches or taps in some cases. In other circumstances, Ghost touches launch programs and functions without being prompted. If you suffer one of these issues, the culprit is a hardware issue with the iPhone X’s touchscreen processors and sensors. You cannot address these problems since a hardware fault causes them. To resolve this issue, you must have the iPhone serviced.

Another issue with the iPhone X screen is that it freezes and becomes unresponsive for a few seconds while switching from a warm to a cold environment (such as heading out into a wintery day). But, again, this is not a hardware issue. To repair a frozen screen in freezing conditions, follow these procedures in this order:

The iPhone X was the first iPhone to feature a brighter, more efficient OLED screen. The screen is beautiful but prone to problems that other iPhones are not. The most noteworthy of these is burn-in. It occurs when the same image is exhibited on a screen for an extended period, resulting in faint ghosts of those images persisting on the screen regardless of what else is displayed. OLED burn-in is easily avoided by following these guidelines:

Modify the auto-lock options. Burn-in occurs only when a picture is displayed on the screen for an extended period. The image cannot burn in if your screen frequently locks and shuts down. Go to Settings > Display & Brightness > Auto-Lock and choose 5 minutes or less.

A green line emerges along the right side of the screen after the phone has been turned on for some time, another screen issue affecting some iPhone X models. It is yet another hardware issue that people are unable to resolve. If you notice this, please get in touch with Apple Support.

The Face ID faces recognition mechanism is probably the most excellent feature of the iPhone x. This function serves two purposes: security and convenience. It unlocks the phone, logs in with passwords, and allows Apple Pay purchases.

However, Face ID and the front or rear camera problems can cause an iPhone X to fail to recognize you. If you run into this issue, try these solutions.

Although the iPhone has always been a great multimedia device, some customers have reported sound problems with the iPhone X. Muffled sound from the speakers and crackles when the volume is set up high are two prevalent issues.

The speakers are silenced.

Speakers that sound quieter than they should or have muffled audio can typically be repaired by doing the following:

If you use an iPhone case, make sure nothing gets lodged between the patient and the speaker, such as pocket lint, which might cause muffled audio.

Some iPhone X owners have stated that when the volume is too loud, the speakers emit an unpleasant cracking noise. If this occurs, try the following:

The iPhone 8 and iPhone X, as well as the iPhone XS/XR, are the first iPhones that offer wireless charging. That’s great, but it’s not so great if the phone doesn’t charge correctly. If you encounter these issues, follow these steps to resolve it:

Nothing is worse than being unable to use your phone because the battery runs out too quickly, but this is precisely what some iPhone X owners complain about. With all of its striking, power-hungry features, like the OLED screen, there may be some iPhone X battery problems.

Thus, Battery issues on the iPhone are pretty simple to remedy using the iOS settings.

Here are some pointers:

Purchase a long-lasting battery. Getting more batteries may be the most straightforward approach to making a battery live longer. Various types of extended-life batteries are available on the market, ranging from external dongles to casings. 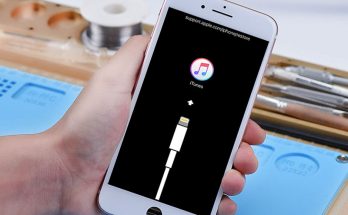